As a photographer, encountering wildlife in their territory, on their terms, is always an exciting and memorable experience for me; especially when you can capture it on film.  For me, bears are held in my highest regard and have my greatest respect.  Recalling this incredible encounter is an experience I will cherish forever. 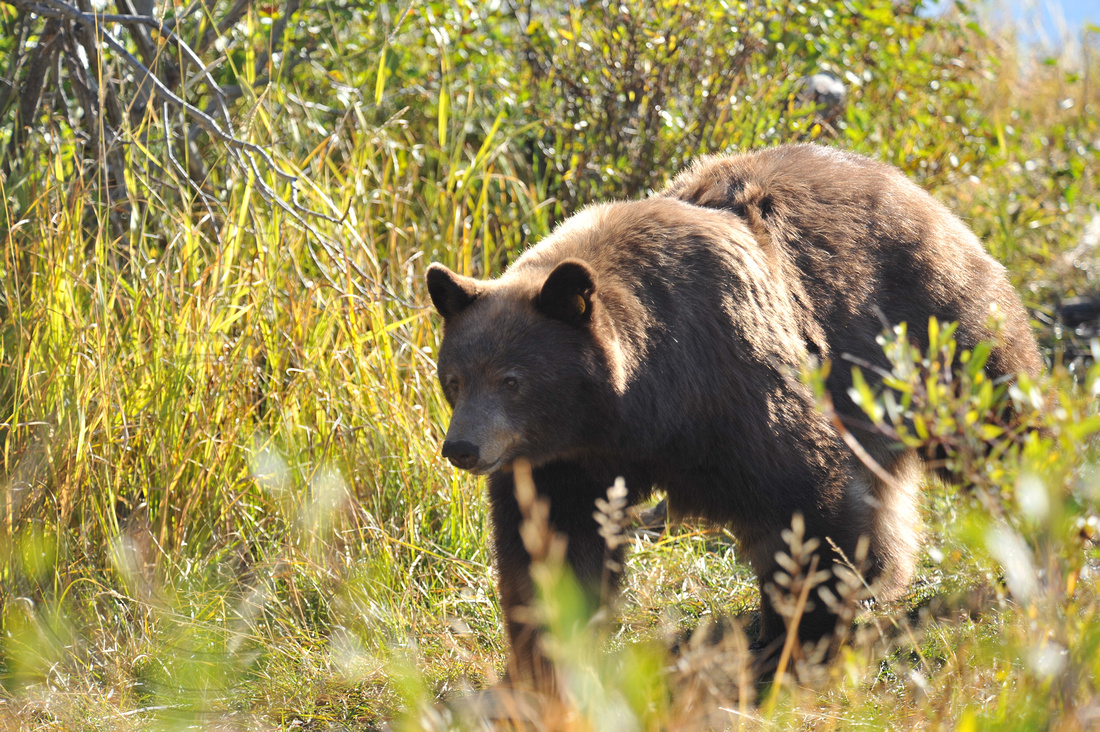 Fall is one of my favorite times to shoot, and Jackson Hole, one of my favorite fall locations.  Our target again this year were wildlife and landscapes; so from sunrise to sunset we set out with cameras, tripods, and a carload of lenses, batteries recharged and plenty of memory cards.  We heard there were black bears, so we headed into Grand Teton National Park by way of the Teton Village-Moose Road hoping for a chance encounter of black bears this year.   Before reaching the Park we encountered a “bear jam” and an unexpected surprise - black bears, up close and personal.   I stood in awe of the scene and then frantically grabbed my camera and found a spot to capture these incredible animals.

A large group of photographers had stationed themselves at positions surrounding the ponds where the bears had been seen.  We too took a spot at the ponds and waiting patiently for another bear to arrive.  Finally, emerging from the bushes and into the water was a beautiful “cinnamon” color black bear.  He ambled along the trail and then turned directly in our direction.  What luck as we captured shots of him crossing the stream, and then out to ponds for a cool dip. 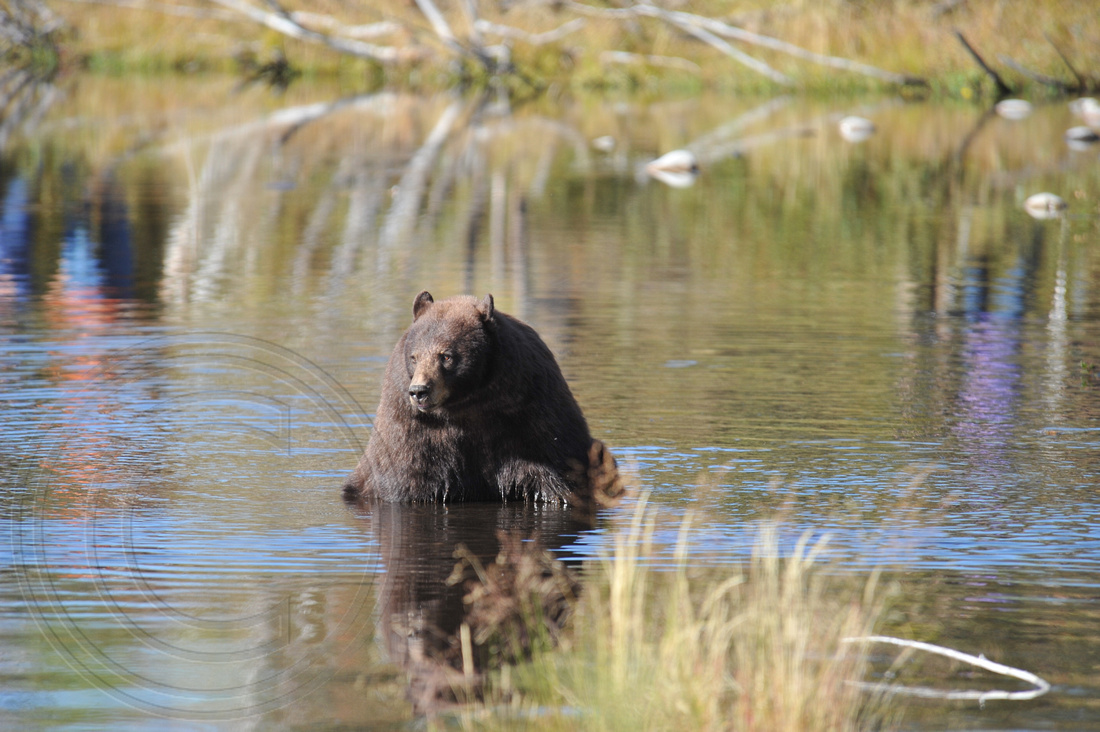 After a dip he headed back in our direction and we were again up close and personal with a black bear.   He’d been slowly making his way through the bushes in our direction, filling up on hawthorne berries, and then suddenly, he emerged.   As we slowly backed away, I continued to take shots of him.  He was getting a bit too close, so I decided on “one last shot” before we got out of his way and back up to the road.  I had once chance to get this up close and personal photo of “Cinnamon.”   Just as he emerged from the bushes, I turned back and took one shot!  I think I nailed it! 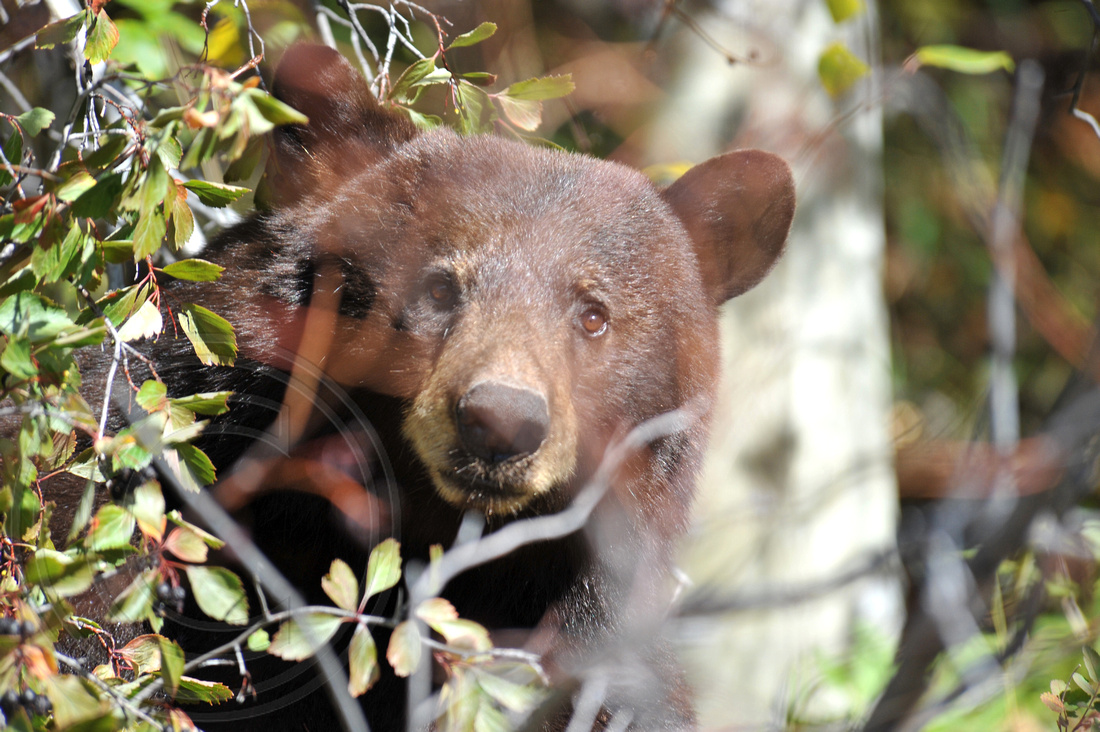 It was an incredible experience that we spent the entire day at the ponds, catching black bears all day long playing in the water and hanging out in the trees.  Recalling this incredible encounter is an experience I will appreciate forever as the photo hangs in a cherished place in my home.  I return to Jackson every year to continue my search for this elusive beautiful animal.  However, the grizzlies are on my list for next year.